It has been quite a while since I have posted on this blog. But recent events have prompted me to return.

Below you will find excerpts I have lifted from an article appearing on Truthdig that I hope will spark debate about Canada's currently pathetic response to infrastructure needs, and especially to climate change.

Germany has a public sector development bank called KfW (Kreditanstalt für Wiederaufbau or “Reconstruction Credit Institute”), which is even larger than the World Bank

Unlike private commercial banks, KfW does not have to focus on maximizing short-term profits for its shareholders while turning a blind eye to external costs, including those imposed on the environment. The bank has been free to support the energy revolution by funding major investments in renewable energy and energy efficiency. Its fossil fuel investments are close to zero. One of the key features of KfW, as with other development banks, is that much of its lending is driven in a strategic direction determined by the national government. Its key role in the green energy revolution has been played within a public policy framework under Germany’s renewable energy legislation, including policy measures that have made investment in renewables commercially attractive.
KfW is one of the world’s largest development banks, with assets totaling$566.5 billion as of December 2017. Ironically, the initial funding for its capitalization came from the United States, through the Marshall Plan in 1948. Why didn’t we fund a similar bank for ourselves? Simply because powerful Wall Street interests did not want the competition from a government-owned bank that could make below-market loans for infrastructure and development. Major U.S. investors today prefer funding infrastructure through public-private partnerships, in which private partners can reap the profits while losses are imposed on local governments.
KfW’s role in implementing government policy parallels that of the Reconstruction Finance Corporation (RFC) in funding the New Deal in the 1930s. At that time, U.S. banks were bankrupt and incapable of financing the country’s recovery. President Franklin D. Roosevelt attempted to set up a system of 12 public “industrial banks” through the Federal Reserve, but the measure failed. Roosevelt then made an end run around his opponents by using the RFC that had been set up earlier by President Herbert Hoover, expanding it to address the nation’s financing needs.
The RFC Act of 1932 provided the RFC with capital stock of $500 million and the authority to extend credit up to $1.5 billion (subsequently increased several times). With those resources, from 1932 to 1957 the RFC loaned or invested more than $40 billion. As with KfW’s loans, its funding source was the sale of bonds, mostly to the Treasury itself. Proceeds from the loans repaid the bonds, leaving the RFC with a net profit. The RFC financed roads, bridges, dams, post offices, universities, electrical power, mortgages, farms and much more; it funded all of this while generating income for the government.
The RFC was so successful that it became America’s largest corporation and the world’s largest banking organization. Its success, however, may have been its nemesis. Without the emergencies of depression and war, it was a too-powerful competitor of the private banking establishment; and in 1957, it was disbanded under President Dwight D. Eisenhower. That’s how the  United States was left without a development bank at the same time Germany and other countries were hitting the ground running with theirs.
Today some U.S. states have infrastructure and development banks, including California, but their reach is very small. One way they could be expanded to meet state infrastructure needs would be to turn them into depositories for state and municipal revenue. Rather than lending their capital directly in a revolving fund, this would allow them to leverage their capital into 10 times that sum in loans, as all depository banks are able to do, as I’ve previously explained.
The most profitable and efficient way for national and local governments to finance public infrastructure and development is with their own banks, as the impressive track records of KfW and other national development banks have shown. The RFC showed what could be done even by a country that was technically bankrupt, simply by mobilizing its own resources through a publicly owned financial institution. We need to resurrect that public funding engine today, not only to address the national and global crises we are facing now but for the ongoing development the country needs in order to manifest its true potential.


While the "country" referred to is the US, similar ideas need to be examined urgently in Canada, especially the move away from financing public works through private banks. A return to the original ideal for the Bank of Canada would be a good start.
Posted by Tony Chadwick NDP Candidate 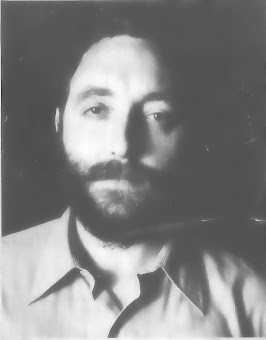